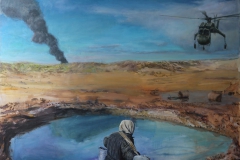 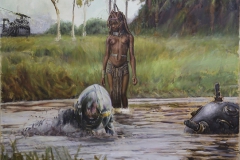 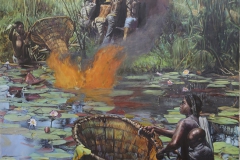 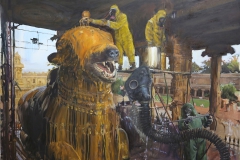 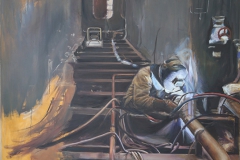 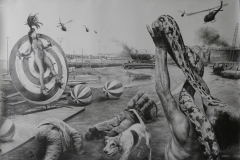 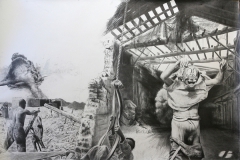 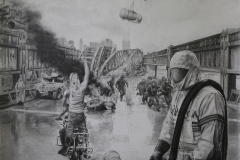 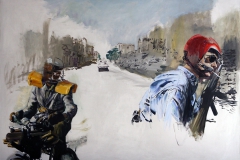 Christian Grosskopf was born in Berlin. He studied fine arts and painting at the Hochschule der Künste Berlin (Berlin University of the Arts) with Wolfgang Petrick and Klaus Fussmann. Afterwards he spent time in America and Australia to paint. His main subject became a realistic way of painting that focuses on social and political issues. His works were shown in single and group exhibitions in Germany and abroad.

“The paintings could be described as a putting in scene of the current global drama and a concentrated depiction of war, terror, poverty and the struggle for survival. The asymmetry of the presented situations is reflected by the composition of the painting which is organised with a central perspective. The dramatic appearance of the scene is the upcoming escalation and the suspense. The announced and expected catastrophe dominates the scene and it is not sure if there is a way out or somebody who should repel it.
These questions can be presented in a different and more distinctive way in a painting than in pictures spread by the mass media…” (of an article by Georg Steinhaus).