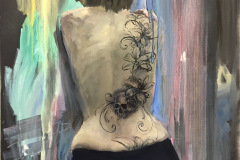 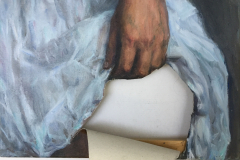 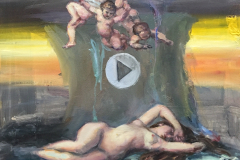 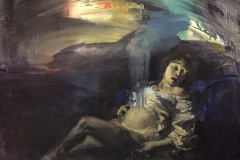 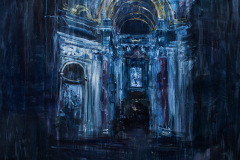 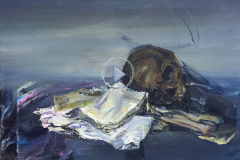 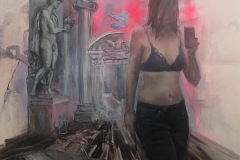 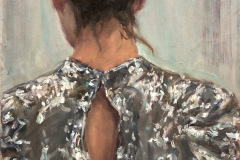 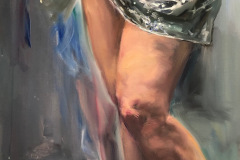 Corinna Michelangela Weiner was born in Berlin in 1977 and grew up there. In 1997, as the youngest student, she began studying fine arts at the UdK Berlin, parallel to high school. She studied with Professors Marwan and Baselitz. In 1999 she took part in an Erasmus exchange to Marseille, in 2002 she received a scholarship to New York and attended the New York Studio School there. In 2003 she was awarded the Walter-Hellenthal-Prize for her master class work. Two years later she was awarded the Berlin Art Prize of the Akademie der Künste. In 2007 she was awarded the Valentine Rothe Prize of the Frauenmuseum Bonn and the Birgit Bolsmann Prize.
Numerous exhibitions, fair participations, projects, symposia and others followed.
Germany, France, USA, Netherlands, Italy, Great Britain and Denmark. In 2019 she won the Rembrandt Painting Award in the Netherlands and worked together with her husband as Artist in Residence in the Faroe Islands.